Who Is CFMoto Exactly?

CFMoto motorcycles are sporty, sophisticated and stylish. From the naked ambition of the 650NK to the ultimate adventure touring experience of the 650MT, the CFMoto motorcycle range will set your heart racing. You might be groaning after reading the intro. But what if we told you that CFMoto has ties with a certain Austrian manufacturer that we love in Nepal. Yes, CFMoto is one of the production partners of KTM. The Chinese company will solely be making the 799cc parallel-twin LC8 motor that will power the 790 Duke from 2020. We will be hearing something exciting on the KTM soon, but let’s stick with CFMoto for now.

The Chinese outfit was established in 1989 and has developed close to 100 vehicles, and 51 different engines over the years. It aids nearly 1900 companies globally, of which, its joint venture with KTM is perhaps of the highest significance. It has been making ATVs as well as motorcycles of varied cubic capacities. In fact, it just bought the rights to build its own motorcycle which will house KTM’s 999cc 75-degree V-twin motor - the same engine powers KTM’s 990 series of motorcycles. Interestingly, this engine too will solely be produced at CFMoto’s Hangzhou factory from 2020. The Nepal-made 200 as well as 390 Duke are assembled at this very same facility for the Chinese market.

CFMoto makes a couple of motorcycles, of which, the single-cylinder NK250 as well as the parallel-twin 650 series are likely to come to Nepal in the near future. While its initial operational partners were quite dubious, we are yet to understand who exactly is enabling their foray into the sub-continent. We have already seen spy pics of the aforementioned motorcycles being tested in various parts of South Asia and will keep you posted on further development as we get more news on the same.

With CFMoto’s bikes such as the 250NK, 650NK and 650MT being spotted testing in and around, there has been a lot of speculation regarding the Chinese brand entering Nepal. Now, we have learnt that CFMoto has partnered with Bengaluru-based AMW Motorcycles to set up a retail and after-sales network in the country.

From what we gather, AMW Motorcycles is planning to introduce CFMoto’s entire product portfolio in Nepal. This includes motorcycles like the 250NK, 400NK, 650NK, 650MT, ATVs and side-by-side utility vehicles. Interestingly, the company will not be bringing the 150NK motorcycle to Nepal for now as planned.

These products will come to India as well via the CKD route and will be assembled at AMW Motorcycle’s facility in Hyderabad than further transfer to Nepal. The focus will be on localising as many components as possible. This should help keep costs in check. The company official has promised that CFMoto’s products will be competitively priced. The bikes are currently undergoing homologation and plans are on to launch the company’s first offering by mid-2019. While the official has refused to comment on which models will be launched first, we bet it could be 250NK, 650NK and 650MT as they are the ones that have been spotted testing so far.

There has been understanding that CFMoto’s bikes, ATVs and utility vehicles will be sold under one roof. While AMW Motorcycles are scouting for dealership locations, it has confirmed that Hyderabad and Bengaluru will be the first to receive one in India but we are not yet sure about Nepal. There’s a strong possibility that the third dealership could come up in Kathmandu and Butwal too. The company also plans to launch an app with which customers can search for CFMoto dealerships and service centres. CFMoto Global already has such an app in place for both Android and iPhone users. Stay tuned for more information. 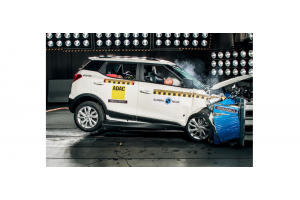 by Nepal Auto Trader 19 hours ago Mavox Helmets Launched FX30 That Filters The Air You Breathe

by Nepal Auto Trader 2 months ago 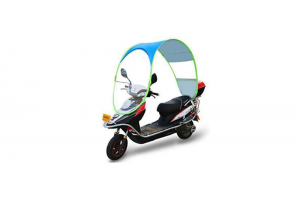 by Nepal Auto Trader 5 months ago When will bs6 model launch in nepal?

Whilst the parachuting mug is disabled over one mug,...